Just 5 minutes away from the Hotel you can find Conímbriga. It has been inhabited since Neolithic period, and had for sure human presence in Chalcolithic and Bronze Age, originating times of the most ancient testimonies that got to us. It’s granted that the Celts have been here: the toponyms ended in “briga” are the clear testimony of that presence. Thus, Conímbriga was a ruin when the Romans got here in 138 a.C. and took over oppidum.

The set of Conímbriga’s Ruins, the Monographic Museum – built on its immediate proximity – and the castellum of Alcabideque, substantiates a heavy archeological complex that allowed the reconstruction of an important cell of the great Roman Empire. Alongside with Mirobriga (Santiago do Cacém) and Tongobriga (Freixo, Marco de Canaveses), it consolidates the big roman memory triangle in Portugal.

The grandiosity and pragmatism of the roman architecture are well represented in Conímbriga, as well as the superiority of its civilizing action, that raises from various everyday details. Therefore, as the text abovementioned shows, has it been inhabited since very early times, the Conímbriga foundation and the majority of the constructions built on it go back to the time of Emperor Augusto (c. I a.C. – I d.C.).

Initiated in 1928, the archeological excavations started to reveal a very significant part of the tracing of this city, allowing the visitor of the Ruins to testify the planning of a laborious urban planning attentive to all needs: the forum, the aqueduct, the trade neighborhoods, industry and housing, the inn, several thermal baths, the amphitheater, and the walls for circumscription and defense of the city. Of this set, a neighborhood of rich and lordly houses stands out. It opposes diametrically to the insulae of the commoner, for the complexity of its construction and decorative refinement, where the “House of Repuxos” stands out, with its great gardened peristyle and paved with polychrome mosaics, preserved in situ, that exhibit geometrical mythological motives, or simply represent the royal quotidian. 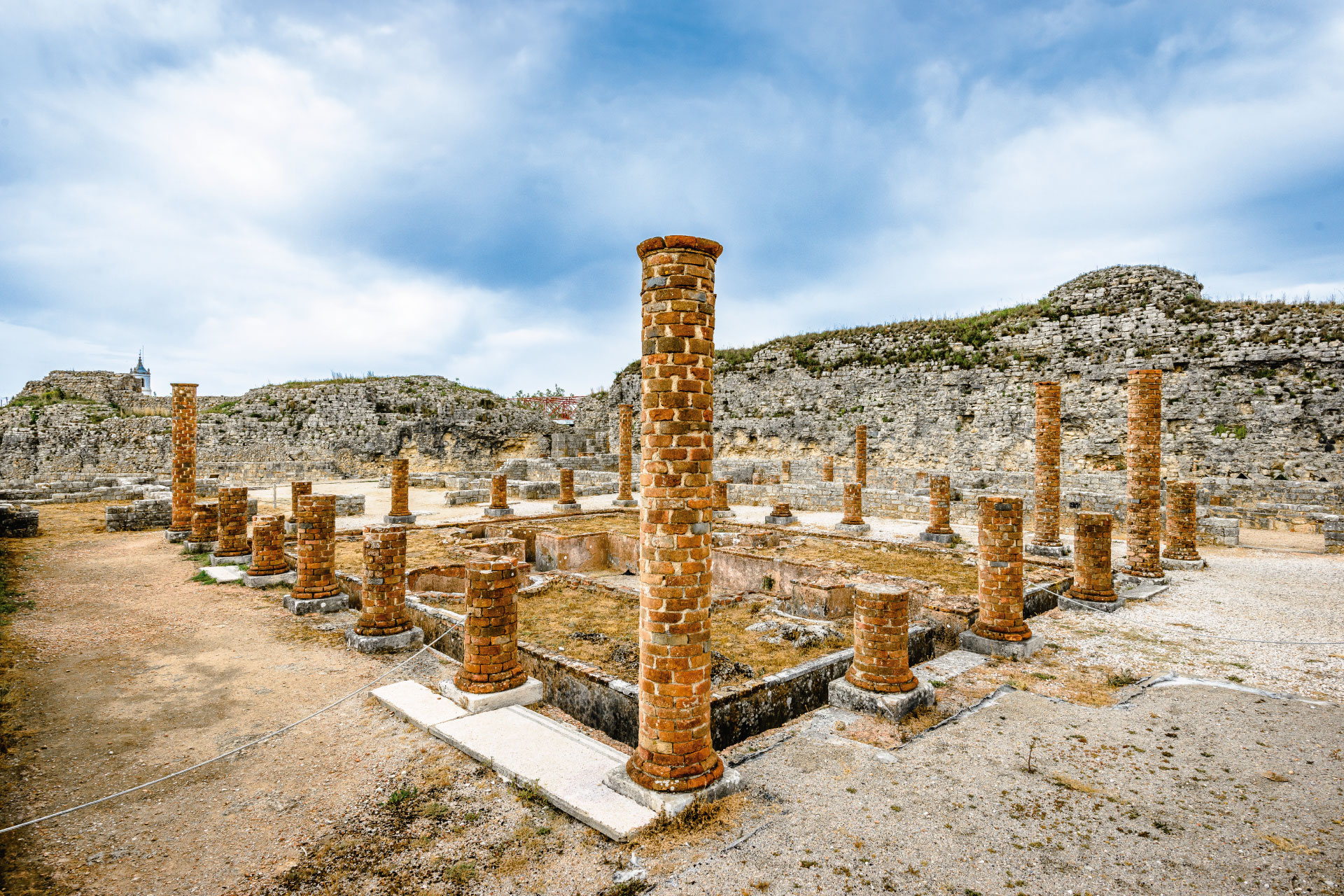